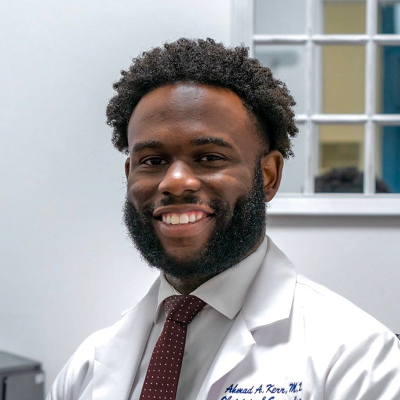 Dr. Ahmad Kerr joined our practice from New York City, where he completed his training in Obstetrics and Gynecology at The Mount Sinai Hospital. He obtained his medical degree from Howard University College of Medicine in 2017, and his undergraduate degree from Georgetown University in 2010. Dr. Kerr’s professional interests include general obstetrics and gynecology, as well as minimally invasive gynecologic surgery. In his spare time, Dr. Kerr enjoys yoga, traveling, listening to old school music, and seeks to garner an interest in gardening and planting if anyone has any tips!