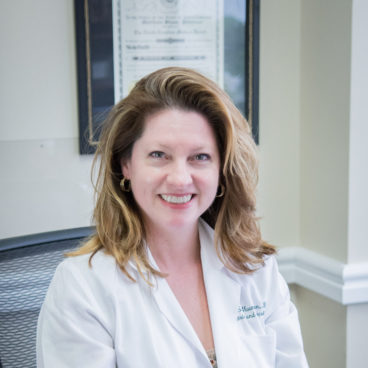 Sees patients in the Chevy Chase and Falls Church office.

Dr. Muangman attended the University of Pennsylvania for her undergraduate degree and the University of Florida School of Medicine where she received her M.D. in 1997. She completed her training in Obstetrics and Gynecology at Washington Hospital Center where she was the Chief Resident in 2001. Dr. Muangman is Board Certified in Obstetrics and Gynecology, as well as a Fellow of the American College of Obstetrics and Gynecology and the American College of Surgeons. Dr. Muangman’s professional interests include adolescent medicine, menstrual disorders, and menopausal health. Outside of work, Dr. Muangman enjoys spending time with her three children, training for triathlons, and spending time with her book club girlfriends. She has admitting Privileges at Sibley Memorial Hospital. Dr. Muangman has been with Reiter & Hill since 2004.